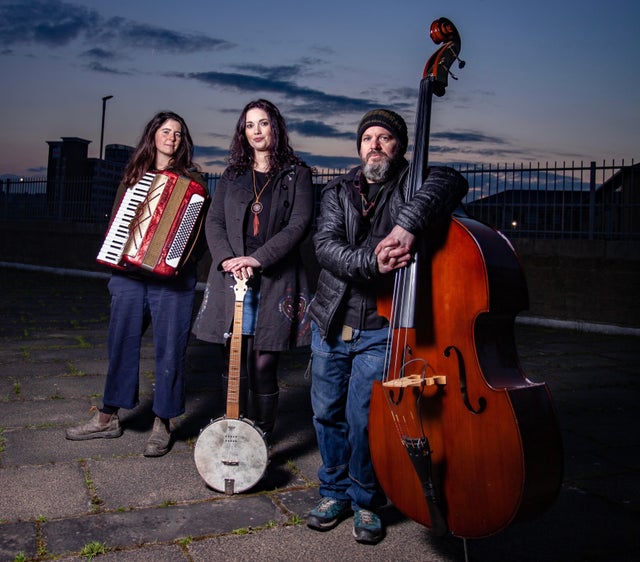 Sheffield-based artist Banjo Jen and her band ‘The Junk’ will be bringing their distinctive Americana sound to The Prioryfor the first time in September, to mark the release of Jen’s eagerly-awaited second EP ‘Cloud of Dust’. With razor-sharp songwriting, percussive Appalachian step-dancing, and between-song banter to make you laugh out loud, Banjo Jen’srefreshingly original live act is guaranteed to win the heart of every crowd.

Tipped by Maverick magazine for a ‘long musical career’, Jen hit the ground running by performing in Austin TX at SXSWfringe events shortly after she’d embarked on her solo career. She was then selected by the Americana Music Association UK to showcase at Red Rooster and The Long Road festivals and has supported many touring international Americana acts and British folk artists, establishing herself as one to watch on the growing UK Americana scene.

From tales of feisty female gold-rush entrepreneurs, murderous nursery rhyme characters and weary mill workers,to Jen’s own adventures and experiences in love and life, hereclectic songs are brought to life with percussive banjo and step-dancing, and the support of regular bandmates Johnny Griff on upright bass and El Heneghan on accordion, flute and backing vocals …and occasionally the musical saw!